I’m working on a mini version of my owl. Part of the plan was to simplify him a little but I don’t think that’s going to happen.

I’m making him from a quilt I got at the fleamarket here in Park Slope a couple weeks ago ( I’ve been getting tons of good stuff lately and will post more soon). The nice lady I bought the quilt from said it’s made from WW1 army blankets. It has a beautiful indigo edge that I’m using for his legs and wing linings and probably his beak. I love the colors of the quilt and the check pattern; it is all hand sewn and must have been an immense amount of work. I didn’t buy it with the intention of taking it apart and would not be ( I feel a little badly about doing it) but it has some issues that make it unusable as a quilt.

Thanks very much to everyone who commented and offered advise on the bird rip-off post. I’ll let you know what, if anything, happens and I’ll probably have a tiny bit more to say about the situation in a little while – if you visit here regularly you know that that’s pretty much the most I’ve had to say about anything ever and it kind of wore me out. There is also a lot going on in my terrarium and I’ll be sharing that as well as the date of the long overdue shop update that I am working furiously towards later this week. 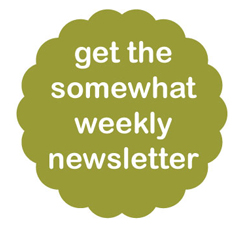